The application of easy-drive frequency converter in pile driver-2

(Summary description)Before liberation, there was almost no piling machinery and piling machine manufacturing in our country. In the early 1950s, the foundation construction in our country all used steam pile drivers and heavy drop hammers imported from abroad. 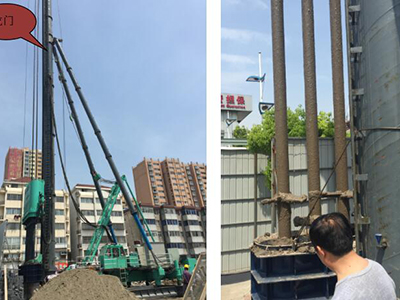 The application of easy-drive frequency converter in pile driver-2

(Summary description)Before liberation, there was almost no piling machinery and piling machine manufacturing in our country. In the early 1950s, the foundation construction in our country all used steam pile drivers and heavy drop hammers imported from abroad.

Information
I. Introduction:
Before liberation, there was almost no piling machinery and piling machine manufacturing in our country. In the early 1950s, the foundation construction in our country all used steam pile drivers and heavy drop hammers imported from abroad. During the 15th Five-Year Plan period, due to the needs of national key construction projects, my country began to imitate foreign single-acting and double-acting steam pile drivers and the former Soviet Union's BⅡ series of vibratory pile hammers, and began to have imitated pile manufacturing. The manufacturers are all repairing factories of the construction department. At that time, there were no professional pile-driving machinery and pile-driving machine manufacturers, so the 1950s was the embryonic period of my country's pile-driving machinery and pile-driving machine industries. With the development of the domestic real estate industry, the domestic pile driver industry has also achieved unprecedented rapid development.
2. Working principle:
The pile driver is composed of pile hammer, pile frame and auxiliary equipment. The pile hammer is attached between two parallel vertical guide rods (commonly known as gantry) at the front of the pile frame, and is hoisted with a lifting hook. The pile frame is a steel structure tower with a hoist at the back for lifting piles and pile hammers. There is a guide frame composed of two guide rods in front of the pile frame to control the direction of pile driving so that the pile can penetrate the ground accurately according to the design orientation. The basic technical parameters of the pile driver are the weight of the impact part, the impact kinetic energy and the impact frequency. Pile hammers can be divided into drop hammers, steam hammers, diesel hammers, hydraulic hammers, etc. according to the power source of the movement.
Three, the advantages of frequency converter control pile driver:
1. Infinitely variable speed can easily cope with different geology and different apertures, greatly improving work efficiency.
2. Reduce the impact current at the start of the equipment, reduce the impact on the mechanical parts at the start, extend the service life of the equipment, and reduce the maintenance cycle and workload.
3. The use of vector control can provide 200% of the starting torque for the motor. In case of unexpected situations such as boring drilling, the drill can be taken out by jog, which greatly reduces the probability of buried drill, drill pipe scrap, and pile scrap.
4. Reduce power consumption and improve the power factor of the motor. 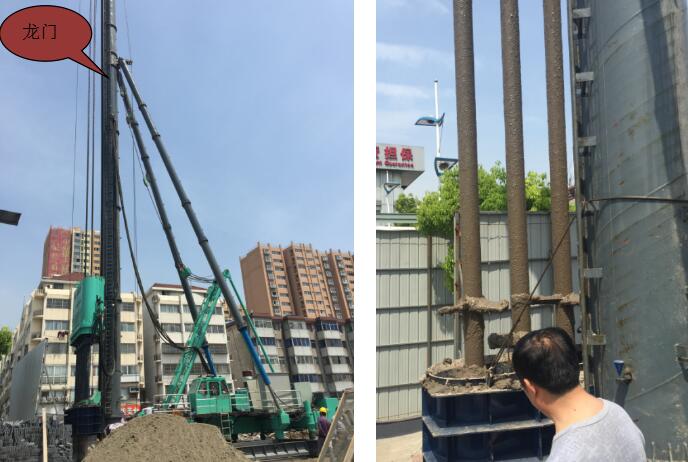 Fourth, the advantages of CV3100 inverter
1. The high starting torque of the CV3100 inverter, efficient operation and simple debugging, can facilitate the debugging of complex motor constants, and achieve a high starting torque of more than 0.3hz200%.
2. Used in elevators, torque can be ensured even with 0hz command-even if the speed command is 0hz, it can ensure 150% torque, which is most suitable for cranes and other elevators that require instantaneous torque from low speed when starting.
3. Advanced vector control algorithm, optimized SVPWM output, low output harmonics, small motor temperature rise, V/F control mode (one drag multiple).
4. Perfect protection measures: It can realize the protection of nearly 20 kinds of faults such as overvoltage, undervoltage, input phase loss, overload, overheating, overcurrent, external terminal failure, communication failure, current detection error, etc., with high reliability. 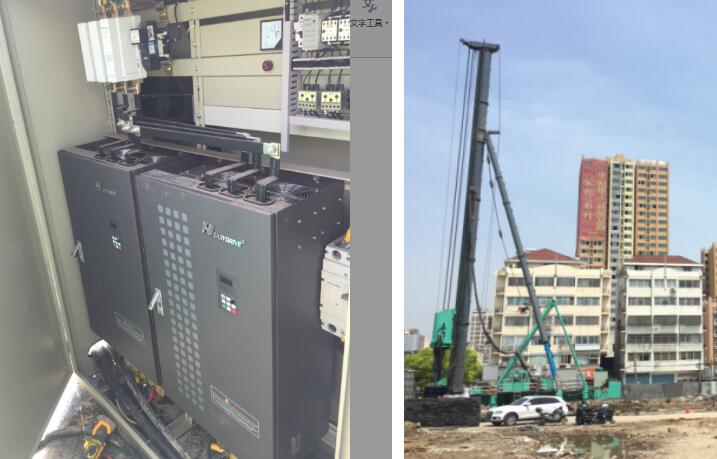