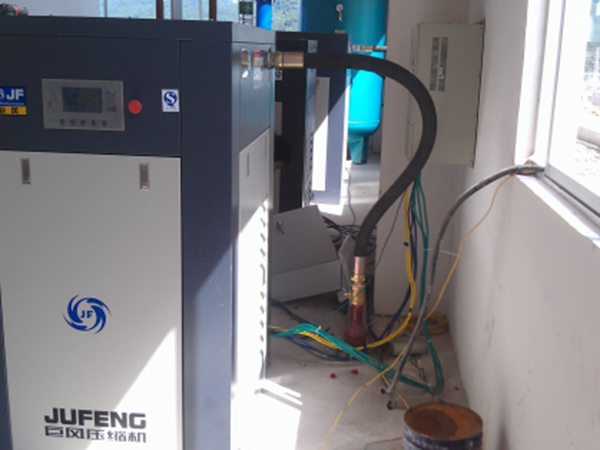 Information
I. Introduction
Air compressors are widely used in industrial and mining enterprises, and their supporting motors are generally large in capacity, and most of them operate continuously throughout the year, but their load is constantly changing, so there is a great potential for energy saving. When designing and selecting the motor capacity of an air compressor, it is usually selected according to the full-load operation of the air compressor for a long time. Therefore, the design capacity is generally too large. In actual operation, the proportion of unloading power frequency idling operation time is very large. High, using frequency conversion speed regulation, which can greatly improve the work efficiency during reload operation. Some air compressor adjustment methods (such as adjusting the valve opening and changing the blade angle, etc.) even when the demand is small, the operating power of the motor is not reduced much, and the air compressor is running in an inefficient state. If frequency conversion is used, the speed of the motor can be adjusted according to the needs to reduce the operating power of the motor in a high-efficiency state, which can achieve the purpose of energy saving while meeting the production requirements. The energy saving rate is usually more than 20%. From the perspective of operating quality, most air compressor systems cannot be continuously adjusted according to the load. After adopting frequency conversion speed regulation, continuous adjustment can be carried out very conveniently, and the parameters such as pressure and flow can be kept stable, thereby greatly improving the working efficiency and performance of the compressor.
2. Problems existing in the original system operating conditions
At present, a manufacturer in Shenzhen has several screw air compressors. The original controller is Pulete power frequency controller, and the motor is level 2, 55KW. Customers require good energy-saving effects with minimal changes. The problems existing in the original system operating conditions are as follows:
1. Although the star-delta start of the main motor, the current at start is still very large, and there is a period of start-up time, the electrical energy consumed during this period cannot be ignored. In addition, the impact of large current during start-up will affect the stability of the power grid and other electricity consumption The operation of the equipment is safe.
2. The main motor often works at full load, but energy is wasted on the outlet valve, which is a non-economic operation and a serious waste of electrical energy.
3. Power frequency operation of the main motor makes the air compressor noisy during operation.
4. The main motor power frequency starting equipment has a large impact, and the motor bearings have large wear and tear, so there is a large amount of machinery during equipment maintenance. 5. When unloading operation, that part of the current is not doing useful work, but the idling loss of the machine at the rated speed. Although this kind of mechanical adjustment device can also play a pressure adjustment role, the pressure adjustment accuracy is low, and the pressure fluctuates. Large; the press always works at the rated speed, with large mechanical wear and high power consumption.
Three, transformation plan
In this regard, we propose a plan: the original power frequency start-up operation is changed to variable-frequency start-up operation, the loading signal is connected to the inverter as the start signal, and the pressure model is serially connected to the inverter, and the inverter is based on the set pressure and feedback PID operation is performed under pressure. This solution solves the existing problems of the original system with minimal changes. 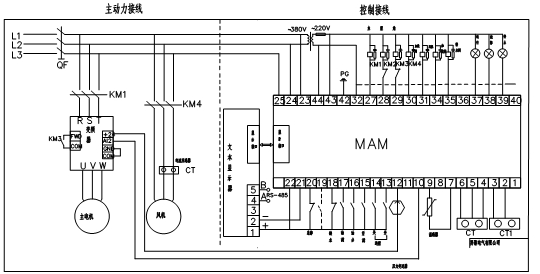 Fourth, the transformation is complete
After debugging and running for two hours, in this transformation, the realized inverter started and PID operation was normal. At that time, it was observed and calculated that the energy saving effect was 20.3%. But there is a shortcoming of this scheme is that when modifying the required pressure value, the inverter needs to modify P6.03 after the modification is completed on the original Plot controller.